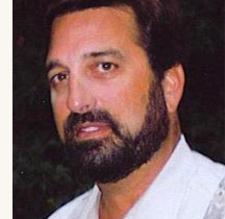 Where Every Home Has Distinguished Quality!

Framing his first house at the age of 21, Dean has had plenty of hands on experience in building.  When he first started out, he did all the trim work on his houses, including Decks and porches.  After deciding to take a leap into developing, Dean has since completed the multiple subdivisions, Seven Ridges, Foxrest and Sparrows Landing located in Powhatan, Arbor Meadows, Hollymeade and Autumn Grove in Chesterfield County.

Dean Patrick is no stranger to hard work.  Following in the footsteps of his father, Ted Patrick who was a builder in Miami, Dean has been a successful Builder, Developer and Real Estate Broker in the Richmond Metro area for over 30 years.  He has also stepped outside  of the construction  world and has managed over 100 rental properties as well as founded Southern Community Bank and Trust, now known as Village Bank where he served on the Board of Directors for 10 years as well as Senior Loan Committee which involved approving loans in excess over a million plus dollars.

Having worked with many of the same sub-contractors for over 20 years, his team has been able to build on average 30 homes per year.  With expectations higher than most, you can trust that your home will be built with Dean's seal of approval.  He takes careful consideration of everyone working on your home and makes sure that the quality is up to his standards so you can expect nothing but the best!